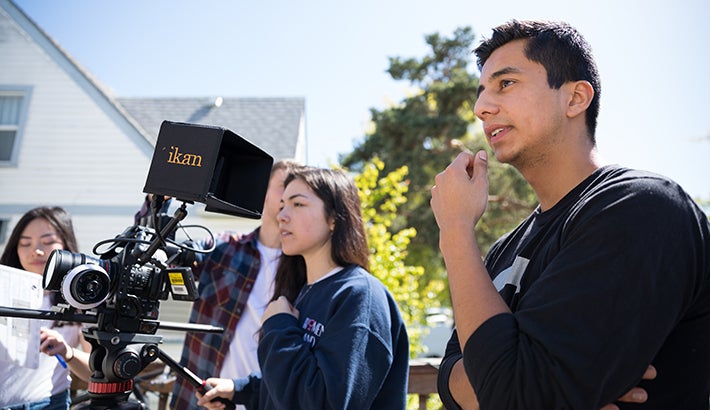 The UO’s Department of Cinema Studies offers a one-of-a-kind opportunity to explore every facet of the world of moving images. Students become skilled producers of images as well as responsible consumers and thoughtful critics. While traditional film schools teach students how to make movies, UO cinema students approach film, television and new media from a variety of disciplinary angles and perspectives. Our interdisciplinary department teaches the creative and technical aspects of storytelling as well as the broader historical, philosophical, and geopolitical contexts of this industrial art form.

Because cinema is inherently multidisciplinary, students take a diverse array of courses in history, theory, criticism, and aesthetics as well as in digital production. Students take classes across campus from a variety of departments and programs in the College of Arts and Sciences, the School of Journalism and Communication, and the College of Design.